May 1-11
Days 171-181
A hurricane in May did not figure into our plans when we considered our trip through South and North Carolina. The early arrival of Ana encouraged us to head north as quickly as possible. Luckily she dilly dallied enough in the Atlantic to afford us plenty of time to outdistance most of her fury.  As luck would have it, Ana only developed into a tropical storm, and from our stand point, not a very vicious one at that. A short visit in Georgetown was necessary, as we were having a package from home delivered to us at the marina. Planning to put in some long days after leaving Georgetown, we took the opportunity to enjoy this lovely historical town. Our timing was perfect, because just by chance we were able to get tickets to see the local theatrical group perform Driving Miss Daisy. They did an awesome job, and we both enjoyed spending our afternoon in this unexpected manner. On Monday night we tied up to the free dock in North Myrtle Beach. A nice walk to the mall around the corner (well sort of), allowed us to check out a new Bass Pro Shops, pick up a few things in Belk, and have an amazing meal at a nearby restaurant, the Firehouse Bar & Grill. Love it when these unplanned for perks just happen. The next night we anchored just north of Southport near what we soon learned (by the noise) is a bird sanctuary.  Don't know how the birds figure out where the sanctuaries are, but I can vouch for the fact that literally thousands of them know where that one is. Not the quietest night we have spent on anchor.  The next anchorage proved to be even noisier for a much different reason. We dropped the hook with several other cruisers in a small cove near Camp Lejeune Marine Corp Base. What an entertaining evening. An Osprey was evidently performing some training maneuvers, and we had front row seats. There was also a lot of bombing going on somewhere nearby. Shortly after dark the marines headed back to base and we all enjoyed an uneventful night. Actually, the only part of our speedy (if you can call about 8.5 mph speedy) trip north that was effected by Ana, was our crossing of the Pamlico Sound. The wind was strong enough in this large open water area that we experienced, what I deemed to be, substantial waves. With strong thunderstorms and high winds forecasted, we decided it was time to tie up in a small secure marina, putting our trip up the Dismal Swamp off for a few days. 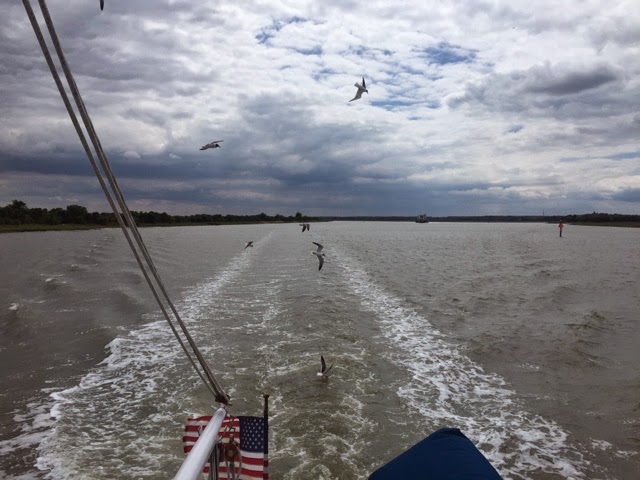 Not sure if the birds are looking for fish in our wake, or if they just like the way the wind flows around the boat, but we seem to have quite a noisy following as we travel these days. 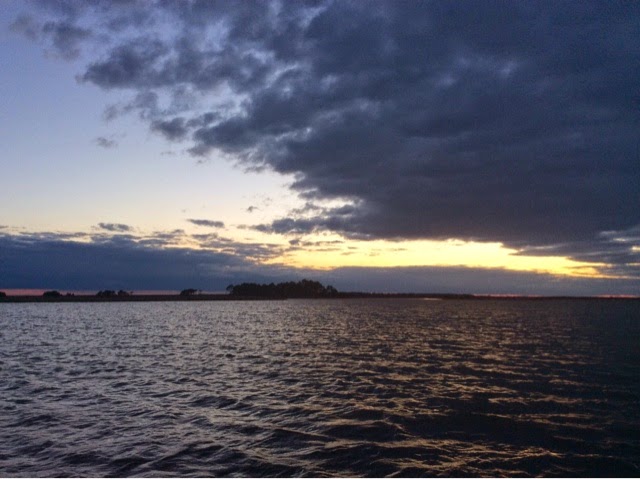 So far we have had only a few short rain showers, but the clouds have been moving in during the day. Negotiating the hundreds of crab pots in the area has been more of a problem than weather at this anchorage on the Santee River. 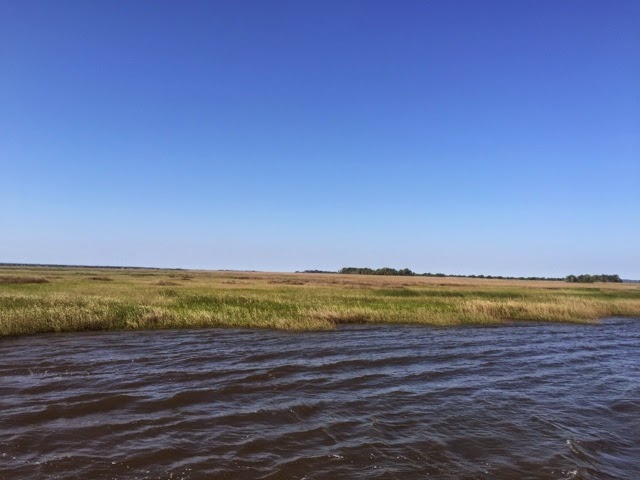 The scenery along the AICW has not really been what I would call awe inspiring. After miles and mile of saw grass and marshes I am ready for some trees. 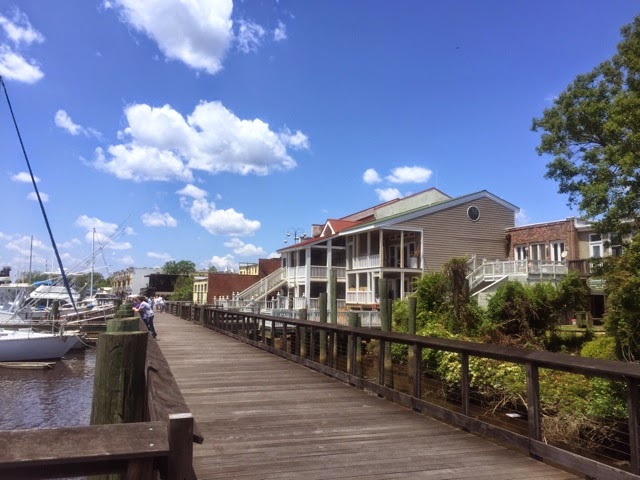 Georgetown is the 3rd oldest town in South Carolina. It was laid out in 1729 and became an important seaport by 1732. The historic waterfront area provides visitors with a look into the history of this area, as well as many fine restaurants and shops. 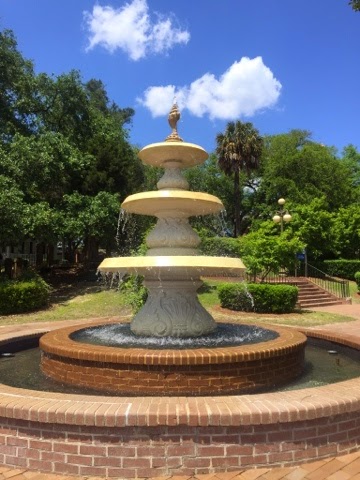 This beautiful fountain is part of the stunning landscape that leads visitors onto the grounds of the Kaminski House Museum. 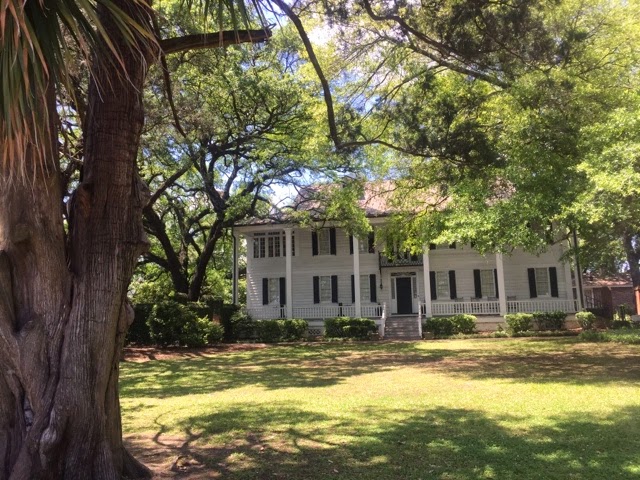 The Kaminski House predates the Revolutionary War. It was built in 1769, changing hands many times over the years. In 1931 the property was purchased by Harold and Julia Kaminski, and upon her death in 1972 it was bequeathed to the city in hopes that it would be established as a historic museum. 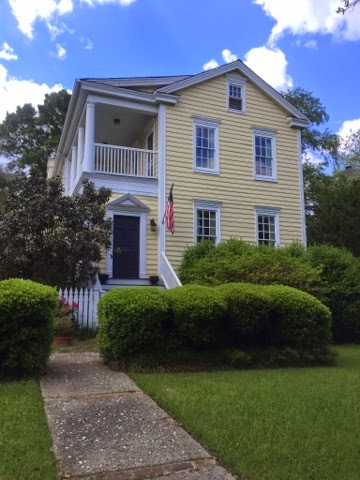 The door you see opens onto a porch leading to the actual entrance of the home. At the time these homes were built taxes were determined by the amount of street frontage the lot had. Therefor homes were built one room wide and several rooms deep. The door provided residents privacy on their porch. 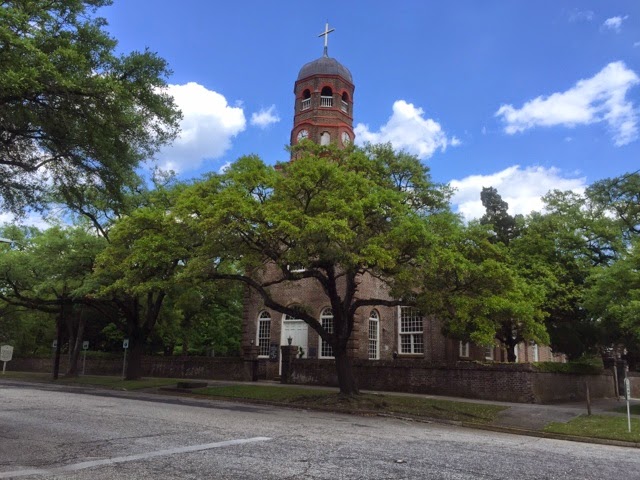 There are picturesque moments everywhere in Georgetown. 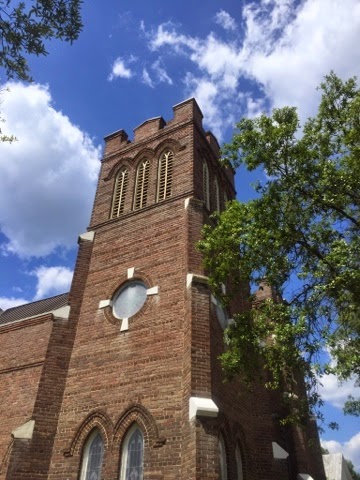 This is Bethel Church AME (African Methodist Episcopal). It was established in 1863 shortly after the Emancipation Proclamation. 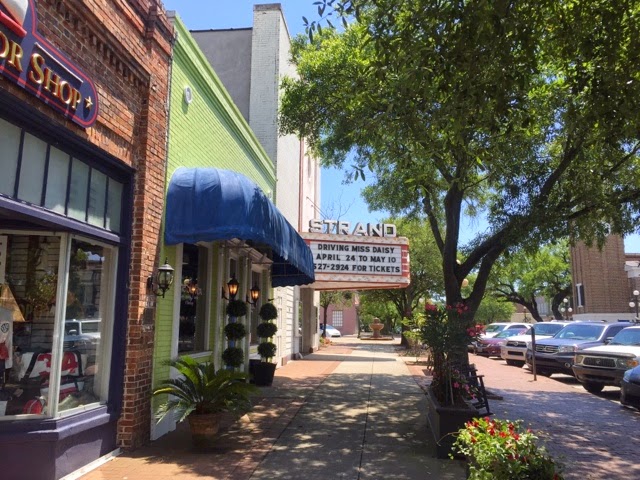 A glance down the historical business district, including the old Strand Theater that is now home to the Swamp Fox Players. 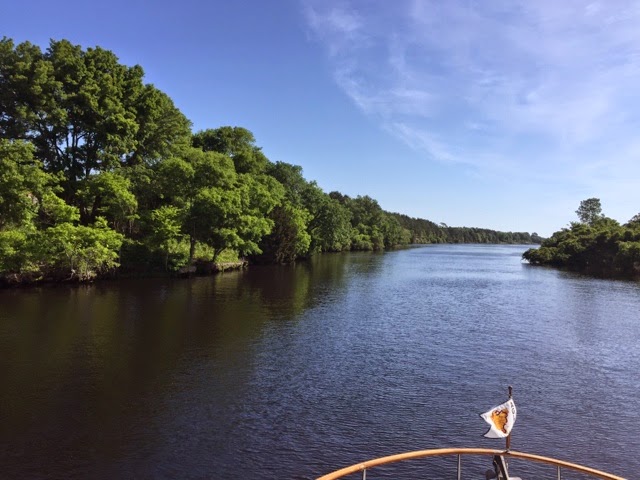 As we continue northward the landscape begins to include trees along the banks. We have seen turtles, eagles, osprey, and snakes, but no more alligators. 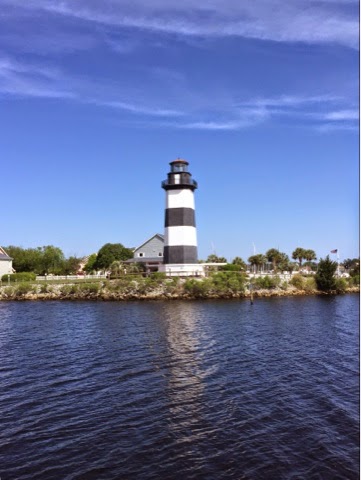 Traveling along the AICW means we are inland from the coast, so we don't see many lighthouses. This one was actually alerting cruisers that the Lightkeeper's Marina is located up the channel. 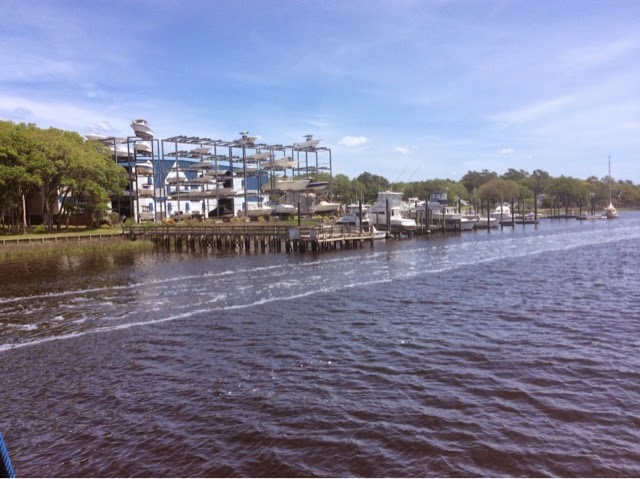 Talk about a view! If my boat was at the top of this dry storage rack, there is no way I would be able to stand by while it was placed in the water. They looked like a small breeze would send them toppling to the ground. 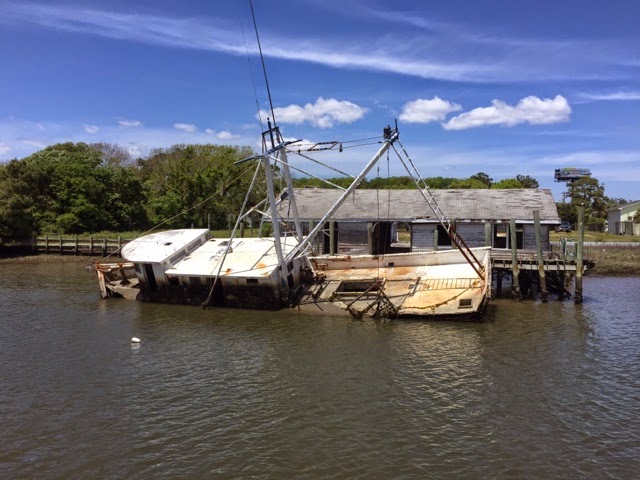 I don't know what is in worse shape. The old dock or the boat. Anyone looking for a fixer upper? 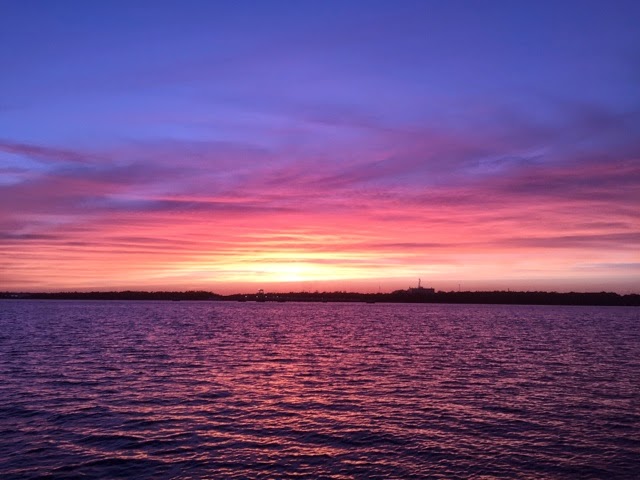 A beautiful sunset over Southport, S.C.  This was about the time the birds got going good, and our peaceful anchorage was not so peaceful after all. 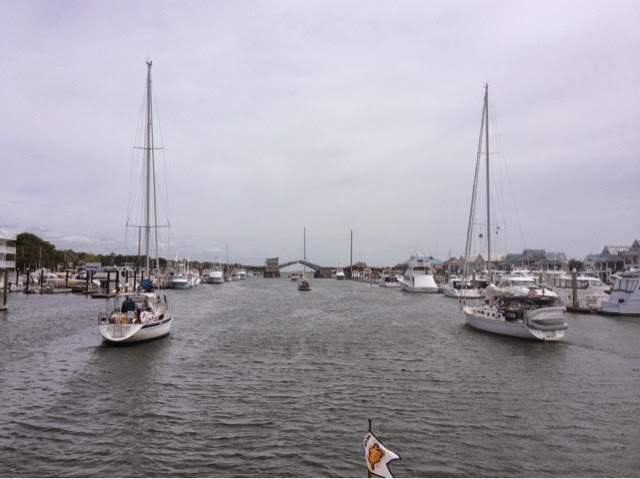 The bridges along this section of the AICW do not open on demand. Most open on the hour and half hour, with some only opening on the hour.  This usually causes a minor traffic jam as we all wait patiently. We would have made it to the previous opening, but a little shallow spot set us back about thirty minutes. An opening in the landscape to our right allowed us a small glimpse of breaking waves on the beach at a moment when we should have been paying better attention to the markers. Being on the wrong side of the green meant we were a foot or so short of enough water to keep our keel from going aground. The fantastic captain that he is, Jess managed to work us off the sandbar and we went merrily (with a huge sigh of relief) on our way. 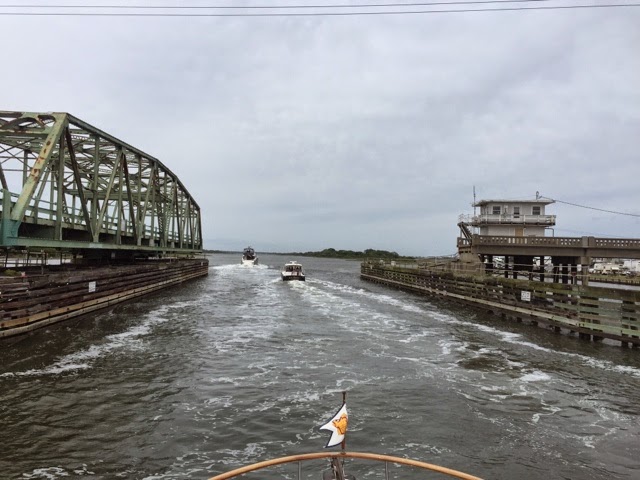 The bridge tenders along our route have all done a great job. We even got a "Roll Tide" from one guy. Actually we have been thrilled to receive "Roll Tides" everywhere we have been. 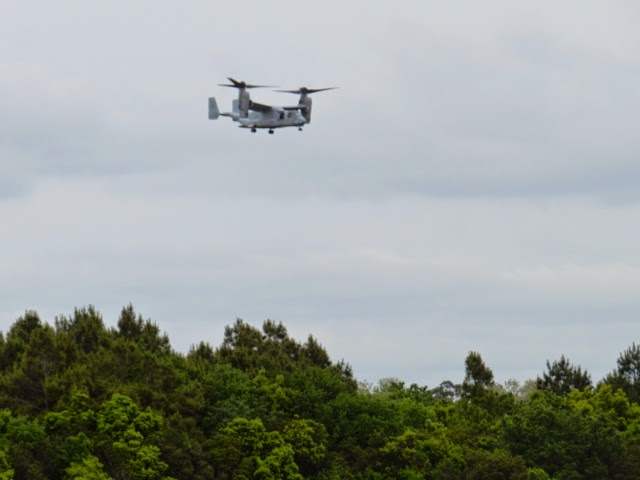 This is the first Osprey we had ever seen in action. They were evidently performing some training exercises that kept us all entertained for a couple of hours. 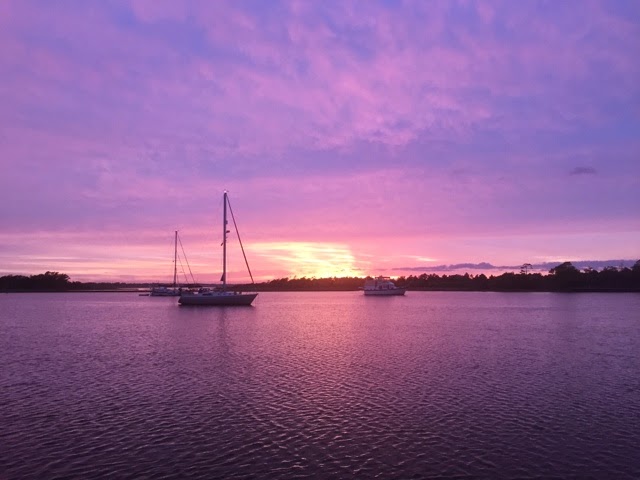 Another amazing sunset over our anchorage near Camp Lejeune. 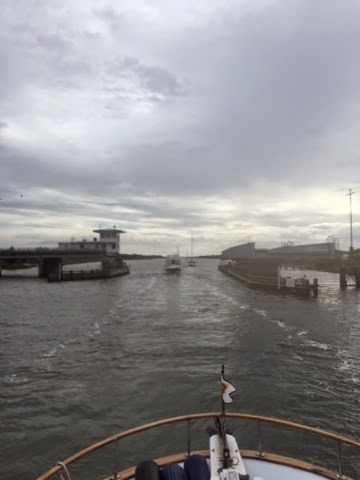 Our numbers have increased, as we are all trying to get as far north as possible before Ana comes ashore. We prefer traveling around 40 miles a day, but this week we have been cranking out 70 to 80 each day. 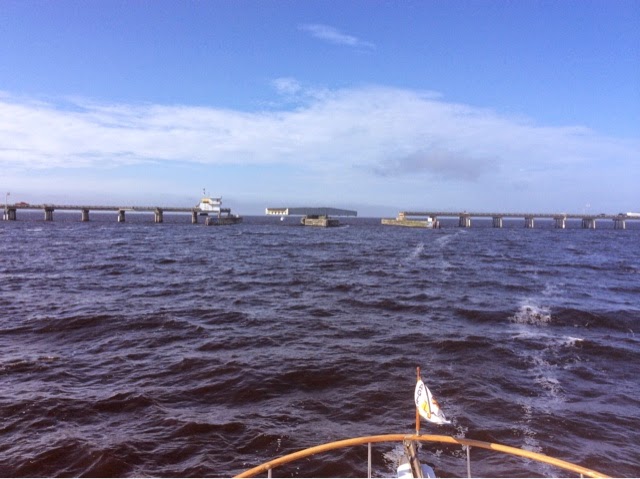 While we had been concerned about our crossing of the Albemarle Sound, it turned out to be not even close to as rough as the Pamlico Sound had been. We have decided at this point to take a break for a few days and let what is left of Ana go on by us. This is one of those days that luck was with us. I called a marina in the harbor at Elizabeth City to see if they had any transient dockage available, but they did not answer. Then I called Lamb's Marina just into the Dismal Swamp and luckily they had room for us.  When we passed by the first marina we realized that they were open to the rough water and we would have been rocking and rolling our whole stay.  Lamb's has been great! 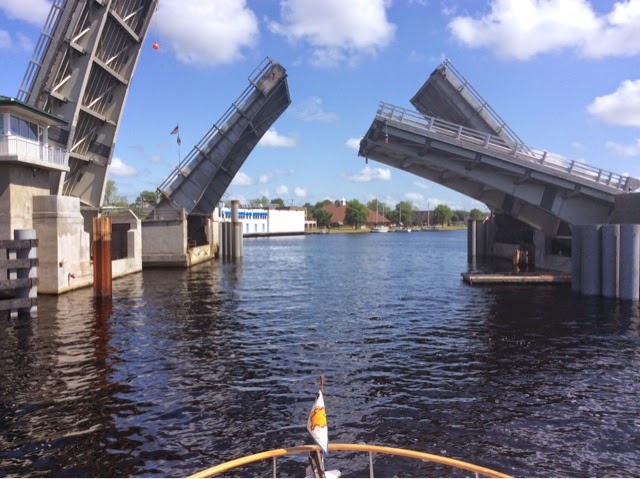 One last bridge opening before entering the Dismal Swamp. 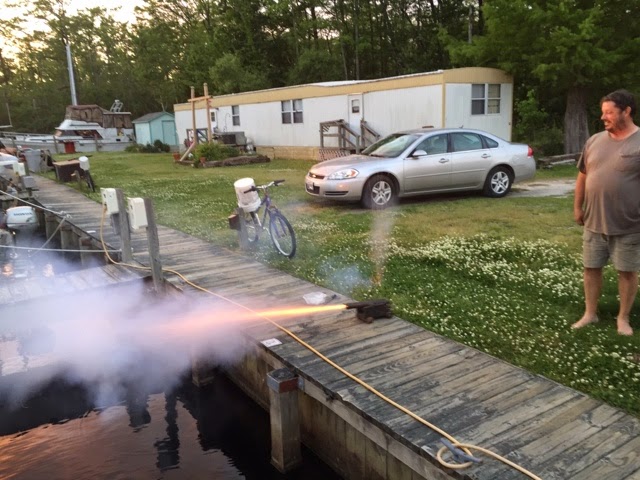 When we were in the Bahamas sundown was signaled by the sound of conch shells being blown by a few talented travelers. One of the live a boards here at Lamb's Marina has his own little cannon that he fires off as the sun dips into the west. 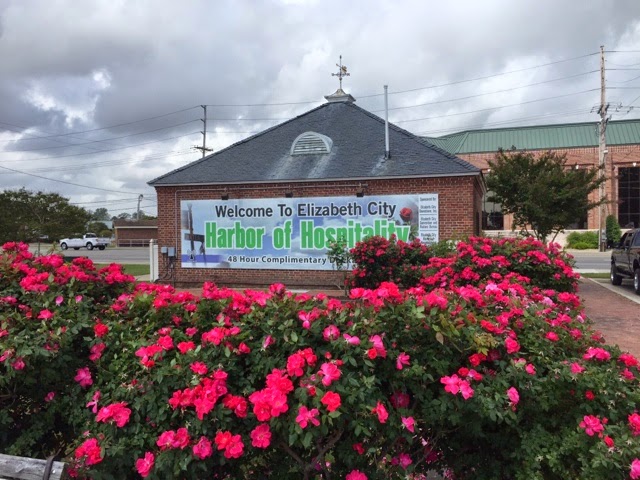 These roses were transplanted to Marina Wharf Park after the death of Joe Kramer in 1987. He and a friend, Fred Fearing, began what was to become the Rose Buddies tradition in 1983. Joe provided roses and Fred provided refreshments to boaters as they traveled the Intracoastal Waterway. Thus Elizabeth City became known as the Harbor of Hospitality. 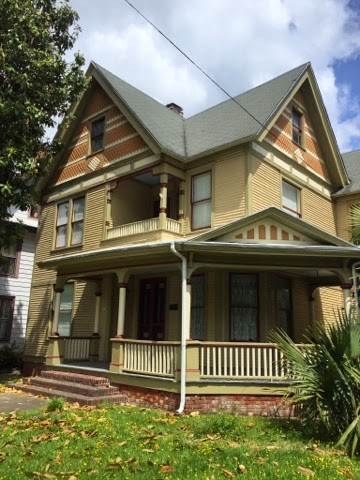 Using the marina's courtesy car we were able to enjoy a nice walk around the historical district of Elizabeth City. We also made a trip to McDonald's, a grocery store, Walmart, Ace Hardware and Dairy Queen. What more could anyone need (other than possibly West Marine)? 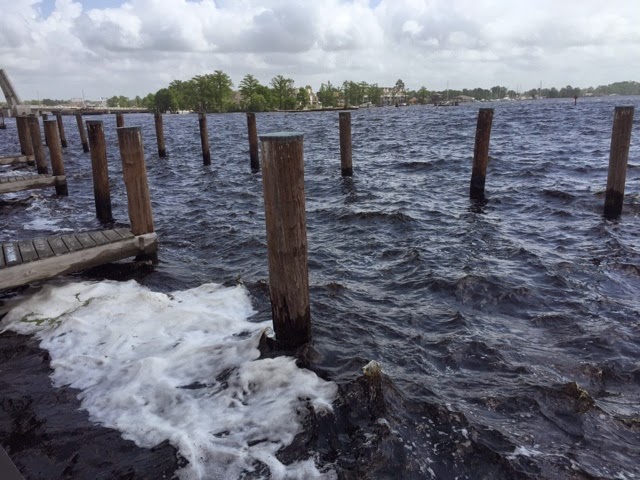 As you can see the wind is causing the harbor to get quite choppy. So glad we are back in a little creek where the water is calm. 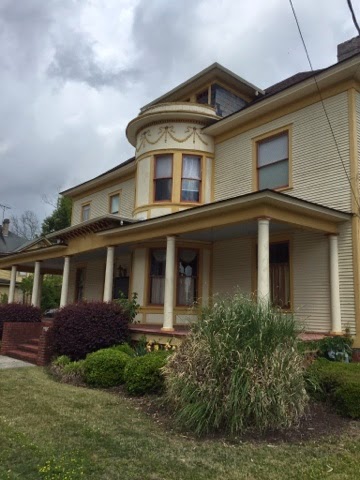 So many architecturally interesting old homes. There are many that need some major restoration work, but just as many that have been well cared for or renovated to show their original splendor. Another very charming seaport town along the AICW.
Posted by Linda and Jesse at 8:24 AM